Another year, another campaign, another goal achieved – United Way Kingston, Frontenac, Lennox and Addington celebrated another successful campaign in 2018, and while each campaign has many moving parts, there’s a lesser known group of individuals working behind the scenes that play a vital role. 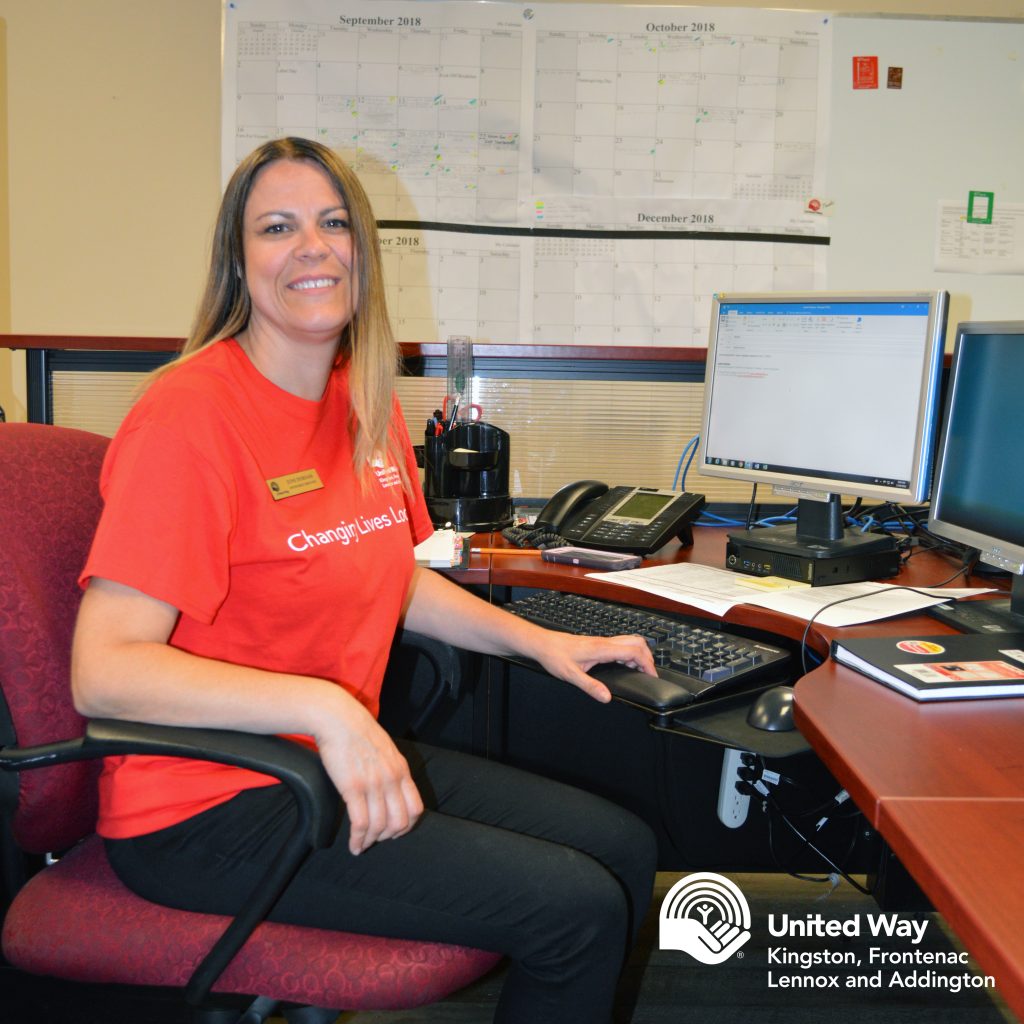 Each year, near the end of August, United Way works with organizations throughout the community to recruit Sponsored Employees – employees the organizations essentially loan to United Way for 15 weeks, but who become a part of the day-to-day campaign team.

“I didn’t really know a lot about United Way before I applied,” explained June Dornan, an Ontario Works Case Manager with the City of Kingston and one of United Way KFL&A’s most recent Sponsored Employees. “I quickly discovered that a lot of the agencies that were funded by United Way were a lot of referrals that we made for our clients. That really interested me as a person who works in human services and social services and I saw it as an opportunity to go somewhere different, but still help the community.”

Sponsored Employees come from a variety of backgrounds and work environments in both the public and private sector. In their role with United Way, they facilitate and attend campaign meetings and events, provide training, motivation and support to volunteers and donors, all while creating awareness about the impact of United Way funded programs and services within the community.

“You are given a certain number of accounts that you are responsible for,” explained Dornan.  “We drop off campaign materials, we attend events they host, take photos and focus on building a strong relationship. In the end we are there to ensure that workplaces can meet their fundraising goal.”

The workplace goals are incredibly important in ensuring the campaign will reach its overall goal and while staff work diligently to ensure that goal is met, there is only so much they can do.

“There are a small number of staff members here trying to raise over $3 million,” said Dornan. “I think without the sponsored employees it would be impossible.”

But the benefits of the Sponsored Employee program extend beyond just meeting goals and ensuring that workplace campaigns get the assistance they require. In terms of the City of Kingston, they have started using the program to develop their Emerging Leaders.

“We see the program as a way to develop employees who want to move into leadership roles. We see it as an opportunity for them to grow,” said Dave Mignault, Manager, Organization Development within Human Resources at the City of Kingston. “We see this as more of a mentorship that can help with development and it allows our employees to perform in a different capacity as well. They learn and grow their skills.”

This development is one of the reasons Dornan was attracted to the opportunity in the first place, but she quickly found many other benefits in the role.

“The experience has really opened up my eyes to what United Way does, 58,000 people were served by them last year – that is half the population of Kingston that have accessed these programs,” she said. “I had no idea how the campaign ran and I think awareness is the biggest takeaway for me.”

These takeaways are similar to those that Mignault has heard from other Sponsored Employees upon their return.

“I’ve heard many talk about how eye-opening the experience is and I think it also works to motivate them when they come back to their jobs here too,” he said. “They hear about all the great work United Way does, but to see it and experience it is really different and that resonates with them.”

Each year, United Way KFL&A looks to take on approximately five Sponsored Employees, this past year they had just four and Dornan encourages more people in the community to apply. 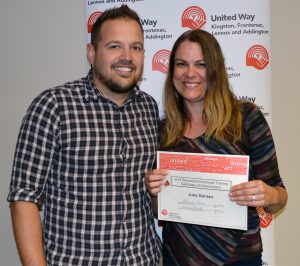 “I would really encourage them to go for it and I would encourage employers to give opportunities if they can. There are so many benefits,” she said.  “When you go back to your old workplace you have a new appreciation for your role and now I will be a better case manager because I have those referrals and relationships I made through United Way. It has been really positive overall.”

To learn more about United Way’s Sponsored Employee program and how to apply, visit https://www.unitedwaykfla.ca/get-involved/sponsored-employees/