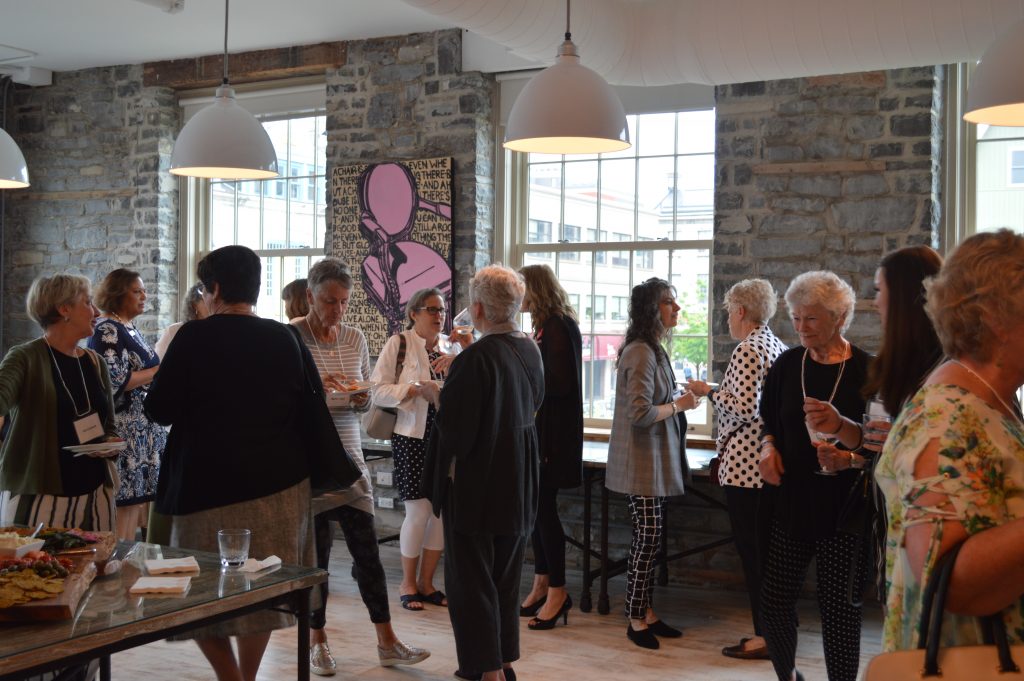 It is a tough issue to talk about, but women Leaders of the Way came together on June 10, to listen, learn and make an impact. Members of United Way Kingston, Frontenac, Lennox and Addington’s Women United gathered at Fete to hear from individuals in the community who have been affected by and experienced abuse and also from service providers that help those in similar situations.

“We know that in our community we have a high population of women who are vulnerable and we need to do something about it,” said Bhavana Varma, President and CEO of United Way KFL&A.

The goal of Women United is to bring women and resources together under the United Way umbrella in order to change lives and have a lasting positive impact. As with the previous reception that was held at Studio 22 in April, the evening was sponsored once again by Women United Committee member and long-time supporter Jane Lapointe.

“The issues we are looking at are ones that I just couldn’t sit on the sidelines for and I had to do something. I think many of you here feel the same way too,” said Lapointe as she welcomed everyone.

Over 50 women gathered for the event and they listened intently as the speakers shared their stories and experiences. Bobbi spoke first and shared her story. She grew up in a home where her father sexually abused both her and her sister. He mother didn’t know how to cope and she ended up on the streets at the age of 10. She continued to struggle with abuse on the streets and in foster care and eventually ended up associating with the wrong crowd. 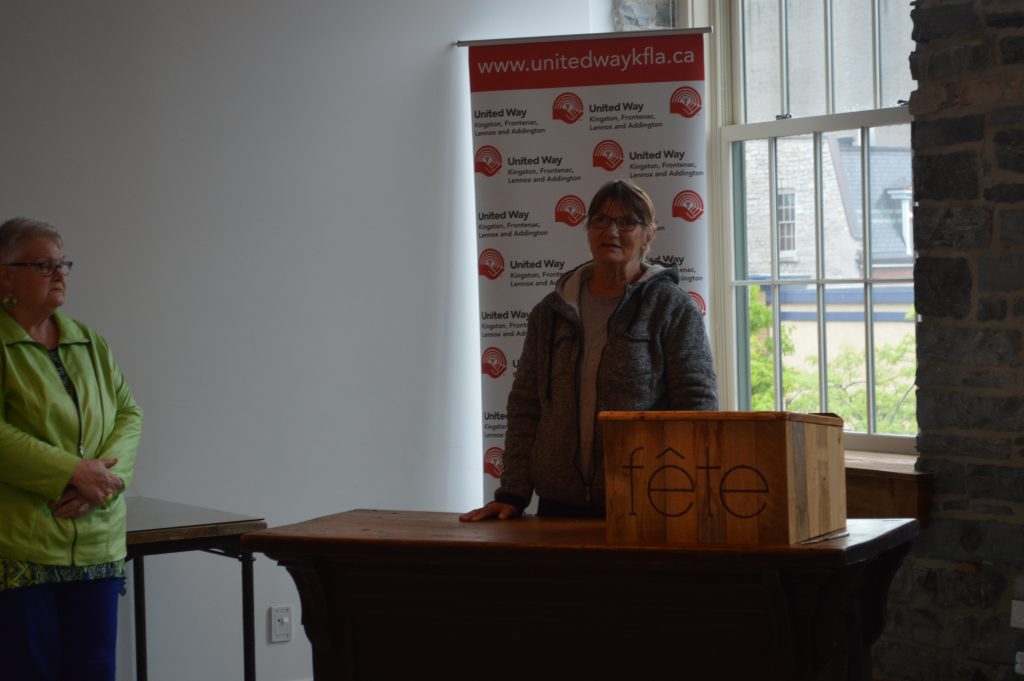 “I landed in prison and I was in there for a while. I was treated really badly in prison and I lost all my self worth,” she explained.  “I was married in prison, I had a child and I fought to keep my son with me because I felt that I was capable of being a good mother and that is how I got in contact with Elizabeth Fry.”

Bobbie interacted with staff from the Elizabeth Fry Kingston, a United Way supported non-profit organization offering services to women in conflict with or at risk of conflict with the law.

“They allowed my son to come live with me at the halfway house. They really cared about me and they made me feel good about myself again and confident,” she said.  “I was also connected with the Sexual Assault Centre and they really helped me work through my past and helped me get into housing as well.”

Bobbie received training for a new career in landscaping, thanks to Elizabeth Fry, and she was able to move forward with her life after prison. Her son is now 25 with two children of his own.

“He thanks E Fry for being there for him and now as he gets older they have helped me talk to him about what kind of life I’ve had,” she said. “It has all inspired me to give back where I can too and I want to thank all of you for being here tonight and listening. The more we get to know each other and help each other we can work as a team and help each other even more.”

Following Bobbi’s emotional story, Oliver spoke about his struggles with mental health and homelessness. Oliver grew up in a small town and left home at 15 because of conflict with a parent, couch surfing for a number of years. He struggled with his mental health and eventually moved to Kingston where he was able to access supports through various agencies.

“I have my own house and thanks to United Way supports I am finally able to be myself and move forward. I want to direct my energy to helping people in similar situations,” he said. “The issues I spoke about today are hard, but not invisible. They need to be more talked about and there needs to be more communication. There is strength in awareness.”

All of the speakers spoke of a need for more resources for vulnerable women in the community. They praised Kingston and the different service agencies for their willingness to collaborate on supports and services, but stressed that there is still more to do.

“We help support women to empower themselves. We listen and we believe them and we work to find solutions and find the resources they need to get help,” said Irvine-Albano who explained some of the services offered for women at Resolve.

For Brierley, her role brings her into contact with women who are on the streets day in and day out. She sees them struggling with addictions and the need for protection and while she offers supports, she worries about these women after service agencies close for the day and on weekends.

“They don’t have that positive role model to go to after hours. Who can they call and who can they hang out with? They don’t have those positive outlets and they resort back to what they know,” she said. “They trust us, but when our doors are closed, where can they turn? We need to figure out how to support them on an ongoing basis.”

Overall, the evening brought out many questions and areas that need more attention. Many women in the room were moved by the speakers and inspired to do more.

“We are proud of the things we are doing here in our community and we have come a long way, but there is lots to be done,” said McNeely in her closing remarks. “Events like this are a positive step to keep going.”

For more information about how to get involved click here and for more about Women United visit https://www.unitedwaykfla.ca/women-united/ 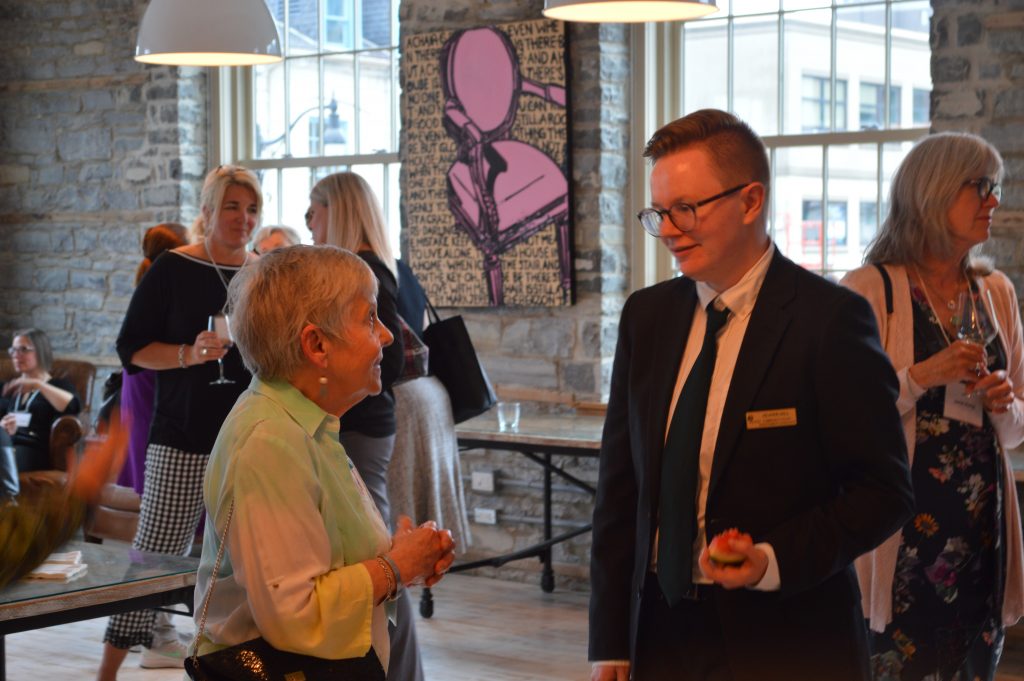