The United Way of Kingston, Frontenac, Lennox & Addington is pleased to announce the appointment of Fred Godbille, 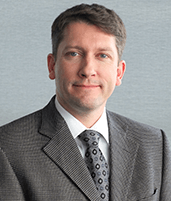 Director of the DuPont Kingston Technology Centre, as their 2018 Campaign Chair.

The announcement was made at United Way’s annual Workplace Volunteer Award Luncheon, an event that recognizes the efforts and contributions of employees in KFL&A workplaces.

“Year after year, United Way KFL&A continues to help thousands locally. It is an honor to be part of this extraordinary community and to be the 2018 Campaign Chair,” says Fred. “I know I can count on everyone to rally once again behind this great cause, to get involved, to donate.  My challenge for all of us in 2018 is to go the extra mile, to donate those extra dollars, to show our true ‘United’ spirit!”

Fred will look to build on the great momentum generated by 2017 chair Pat Murphy of the Secura Financial Group.

“Fred brings many years of volunteer leadership to the campaign,” says Bhavana Varma, President & CEO, United Way KFLA. “The money raised in the annual campaign is critical for many programs in our community. He is building on a great foundation and we know, together with all our amazing volunteers, will do a fantastic job.”

The United Way annual campaign is the largest community organized fund-raising effort, helping thousands of people through collective action, raising funds that will then be invested in local programs. It wouldn’t be possible without the support of thousands of volunteers in the community.