“It’s always totally rad to shred some gnarly riffs in full 80s attire for the United Way.” Said Pat Murphy, lead singer of 80s Enuff. “Over 58,000 people in our community were supported through United Way funded programs last year and every single dollar raised is so important.” 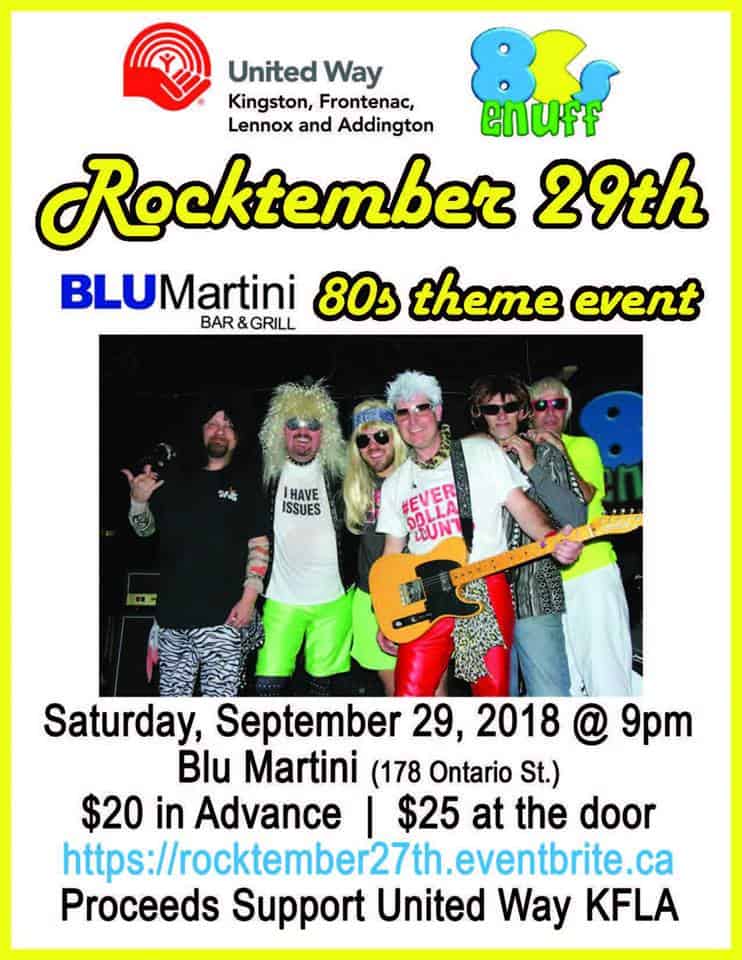