The event is sponsored by TD Financial and organized by the Next Gen committee and is a networking event for young professionals to mix and mingle with community leaders and gain insight into various professional industries of interest. Ticket information and more details to come. 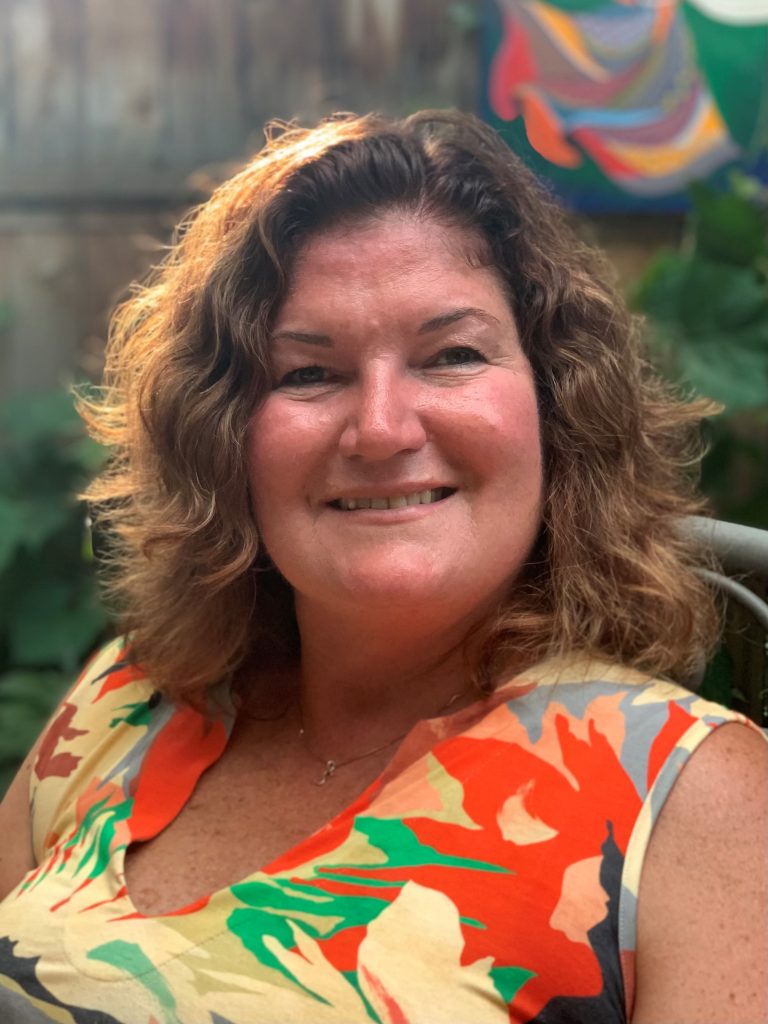 Sherri Agnew is CEO of J.E. Agnew Food Services Ltd. As one of Kingston's largest private employers, she owns and operates 8 Tim Hortons locations in Kingston, including a central office for an additional 6 locations and rental properties.  As an employer Sherri is a champion of providing leadership positions to women and promoting from within.  Over the past 25 years, Sherri has given back to our community in many ways, and is an active Rotary member who oversees the Rotary Youth exchange program for our community. She has a passion for curling and global travel, visiting over 60 countries.

Sherri completed her undergraduate degree at the Richard Ivey School of Business at Western University. 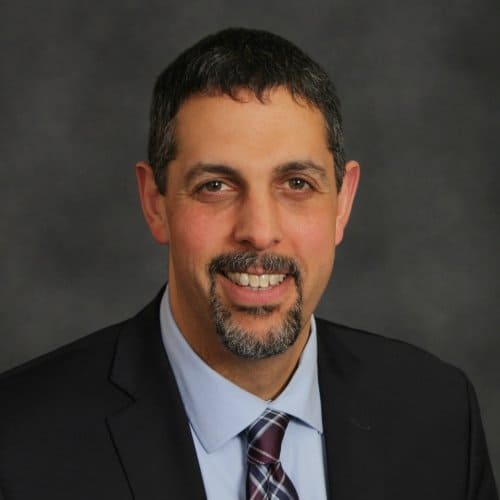 Krishna Burra was born and raised in Kingston, Ontario.
Krishna was a Queen’s Concurrent Education graduate in the mid-1990s with teachables in History and Mathematics. Upon graduation, he was hired by the Frontenac County Board of Education, one of the precursor boards for the Limestone District School Board. In ten years of teaching Krishna taught students from Grades 7-12. For several years, Krishna served as a department head of “Global Studies.” He is a previous Queen’s Associate Teacher of the Year and Queen’s Baillie Award winner for excellence in secondary teaching.

He went into school administration in 2005. Since July 2010, Krishna has been a member of the Senior Staff of the Limestone District School Board serving as the Assistant to the Director of Education, and Supervisor of Safe and Caring Schools from 2010-2014. From the fall of 2014 to the summer of 2020 he served as part of the Program Leadership Team as a Superintendent of Schools, Program, and Information Technology Services. His superintendent portfolio included a wide range of initiatives focused on secondary curriculum and professional learning, outdoor education, Indigenous education, international education, ITS, and supervision of the KCVI/KSS Family of schools.

At the provincial level, Krishna served on the Board of Directors for the Ontario Public Supervisory Officers Association (OPSOA) from 2017-2020.

During the summer of 2020, Krishna was appointed as the Director of Education for the Limestone District School Board.

Krishna lives in Kingston with his wife who is a secondary teacher with Limestone and their three children, ages 9, 12, and 15. His hobbies include running, coaching basketball, and following current events. 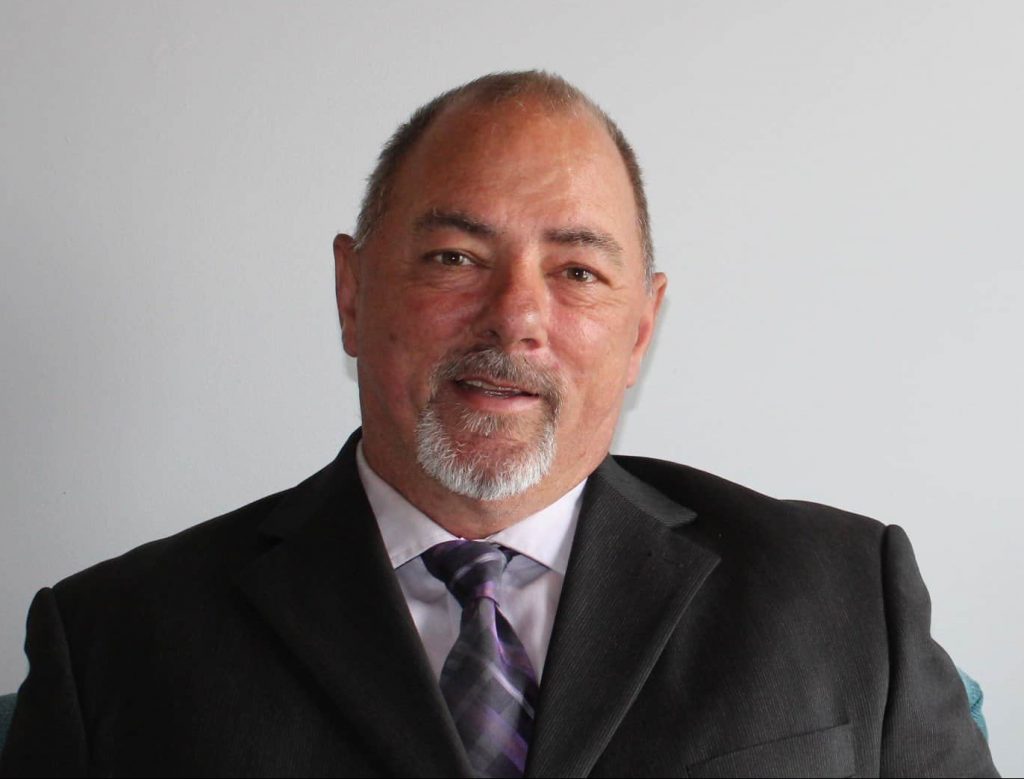 Ministry of Children and Youth Services, Past Exec director of Youth Diversion

Daren Dougall is the Regional Manager at the Ministry of Children, Community and Social Services supporting child welfare and residential services across the East Region. Previously, Daren worked as Program Supervisor from 2015 to 2019 at the Ministry of Children and Youth Services supporting youth justice services. He was also Executive Director for Youth Diversion Program in Kingston where he supported young people to overcome the challenges of adolescence for 31 years.

Daren is also an educator, working as a sessional Adjunct Professor at the Faculty of Education at Queen’s University supporting new teachers to develop the skills to support at risk youth to succeed in their classrooms and at St. Lawrence College. He has worked as a guest lecturer at the Ontario Police College, helping to redesign the youth crime course and helping police officers to understand how they can support young people while holding them accountable in meaningful ways and was a consultant to the Limestone District School Board supporting the creation of the first alternative education program for at risk youth.

Daren is a graduate of Queen’s University having received both his Bachelor of Arts (Hons) and Masters of Education from the local institution. He has also served and continues to serve on a number of boards and volunteer committees throughout Kingston.

In recognition of his work, Daren has received the Nick Bala Distinguished Service Award at Youth Diversion the Padre Laverty Award, Queen’s University Alumni Association, an Honourary Diploma from St. Lawrence College and was Nominated for the National Ron Weibe Restorative Justice Award, by Correctional Services of Canada.

Daren is the proud father of three sons and Papa to his grandkids. He lives with his wife, Tracey Moffat on a lake that he says “provides him with a daily opportunity to reflect on all that is important, and to remind myself how small and insignificant my life is in the greater scheme of things. This motivates me to do my best to achieve my daily goal of improving someone’s life with everything I do.” 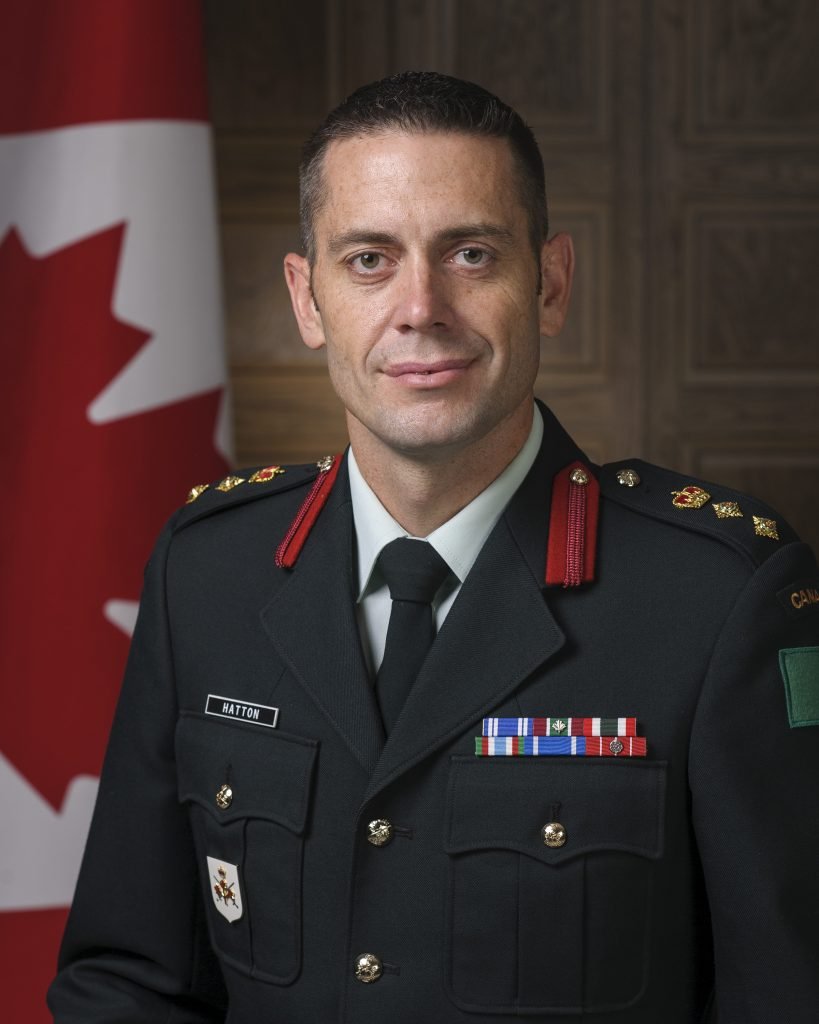 Colonel Sonny Hatton enrolled in the Canadian Armed Forces in 1994 and was commissioned as an Artillery officer upon graduation from the Royal Military College of Canada (RMC) in 1998. As a junior officer, he served in the 1st Regiment Royal Canadian Horse Artillery (1 RCHA) and in 1 Canadian Brigade Group Headquarters. During this time, he honed his craft as an Artillery Officer, supported the LAV III trials as a Forward Observation Officer and deployed as an Infantry Platoon Commander on operations. He later commanded E Battery, 2 RCHA from 2009-2011 and then 2 RCHA itself from 2014-2016.

Col Hatton’s domestic staff experience includes time spent as the Army Experimentation (Simulation) Centre Manager; Staff Officer to the Commander of the Land Forces Doctrine and Training System; J5 Plans for the Middle East and Africa and Acting/Deputy J5 at Canadian Joint Operations Command; the Canadian Army G33/Deputy Director Army Force Readiness; and most recently the Chief of Staff of the Canadian Army Doctrine and Training System. His secondary duties include Deputy Regimental Colonel for the Royal Regiment of Canadian Artillery (RCA) from 2016-2018 and Director RCA from 2019-2021.

In 2000, Colonel Hatton deployed with 3 PPCLI as an Infantry Platoon Commander with SFOR in Bosnia & Herzegovina. In 2008, he deployed to Afghanistan as the Task Force Kandahar Chief of Fires/Targeting. In 2018, he deployed and then was posted as the Deputy Commander of the Latvian Land Forces Mechanized Infantry Brigade. For his service in Latvia, Col Hatton was awarded the Meritorious Service Medal and the Commander of the National Armed Forces of the Republic of Latvia Medal of Merit – 1st Class.

In addition to generating forces for international and domestic operations as the Canadian Army G33, Colonel Hatton’s domestic operations experience includes providing security for the 28th G8 Summit in Kananaskis, Alberta in 2002, fighting fires in the interior of British Columbia in 2003, and training Canadian Army Reservists for security detail during the G20 Toronto Summit in 2010.

Having spent three postings and one-third of his 28-year career in Kingston, Colonel Hatton considers the city his second home and was excited to take command of CFB Kingston on 29 June 2022. He is happily married to Chantal Hatton going on 20 years and the couple has one child. 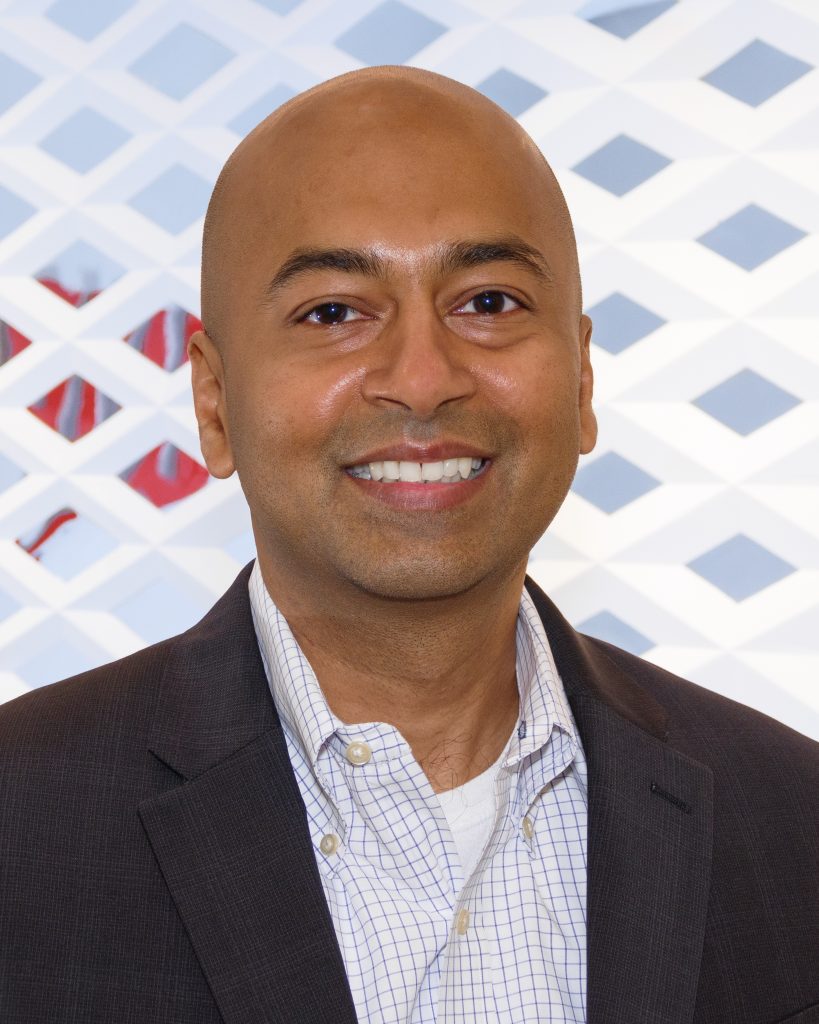 George Jacob is a Senior Technology Leader in DuPont and is currently located in Kingston, Ontario, Canada. While George is originally from India, his professional career started in the United States where he has been for the last 24 years. George completed his Masters and Ph.D. degree in the U.S. in Materials Science & Engineering with an emphasis on Polymer Engineering from the University of Tennessee, Knoxville, while doing his graduate research in carbon fiber composites at the Oak Ridge National Laboratory (ORNL). Since then, working for global companies like Dow Chemical and DuPont, he has gained 16+ years of industrial experience in a variety of leadership roles in corporate and business R&D focused on technology, innovation and people, delivering value and growth to the company. In May 2019, he was honored to be appointed the DuPont Kingston Technology Centre (KTC) Site Leader and DuPont Canada Innovation Leader. The DuPont KTC has evolved over its more than 60 years of operations to play a specialized role in the development and scale-up of new processes and small lots manufacturing of strategic high value materials – from laboratory proof-of-concept, to semi-works piloting development, and commercialization. The Centre staff help to get technology to market sooner and more cost efficiently by resolving the challenges of scaling-up new technologies. George has co-authored over 50 peer reviewed conference and journal publications, has 15 issued US patents, and has been invited to serve on multiple advisory boards and innovation councils. 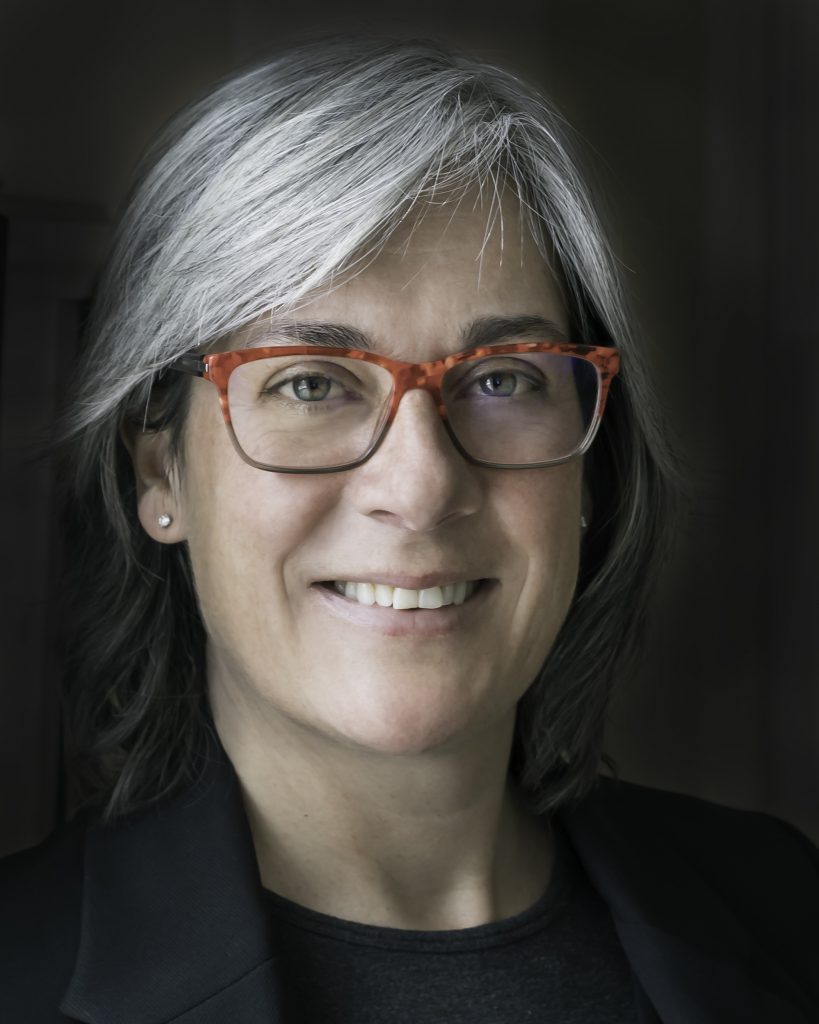 Jane is actively involved in the community.  As the United Way 2022 Campaign Chair, Jane believes we each have the ability to make a difference by living each day with curiosity and generosity of spirit.

Jane, and her husband Rick along with their two dogs love spending time on Howe Island.  As an amateur bee-keeper, Jane has also discovered the wonders of the hive.

Chief of Police Antje B. McNeely

Antje joined the Kingston Police in April 1985.  She has fulfilled assignments in the Uniformed Patrol, Special Services, Criminal Investigations, and Professional Standards units and headed the Patrol and Executive Services divisions.  Upon her appointment to Deputy Chief in July 2011, she assumed operational oversight for the Kingston Police and responsibility for developing strong strategic relationships within the Kingston community. She was sworn in as Kingston’s 17th Chief of Police on November 30, 2018.

A graduate of Queen’s University, Antje achieved a Bachelor of Science (Honours) degree in 1983 and completed the Professional Master of Public Administration in Policy Studies program in 2013.  Her professional qualifications also include the University of Toronto Rotman School of Management Executive Program (2007); Visiting Fellow for the Australian Institute of Police Management (2015); and the Canadian Association of Chiefs of Police Executive Global Studies Program on the Impacts of Globalization on Canadian Policing (2016).

In recognition of her volunteer work, Antje was bestowed with the Queen Elizabeth II Diamond Jubilee Medal in 2012, and she has also been awarded the Police Exemplary Service Medal and first bar.  In 2015 she was appointed as a Member of the Order of Merit of the Police Forces for her achievements and substantial contributions to the establishment of community partnerships in support of local law enforcement efforts.  She has served as the Vice Chair of the John Howard Society (Kingston) Board of Directors since 2006. She was appointed as the 2020 United Way KFL&A Campaign Chair and as the 2020/21 President of the Ontario Association of Chiefs of Police. 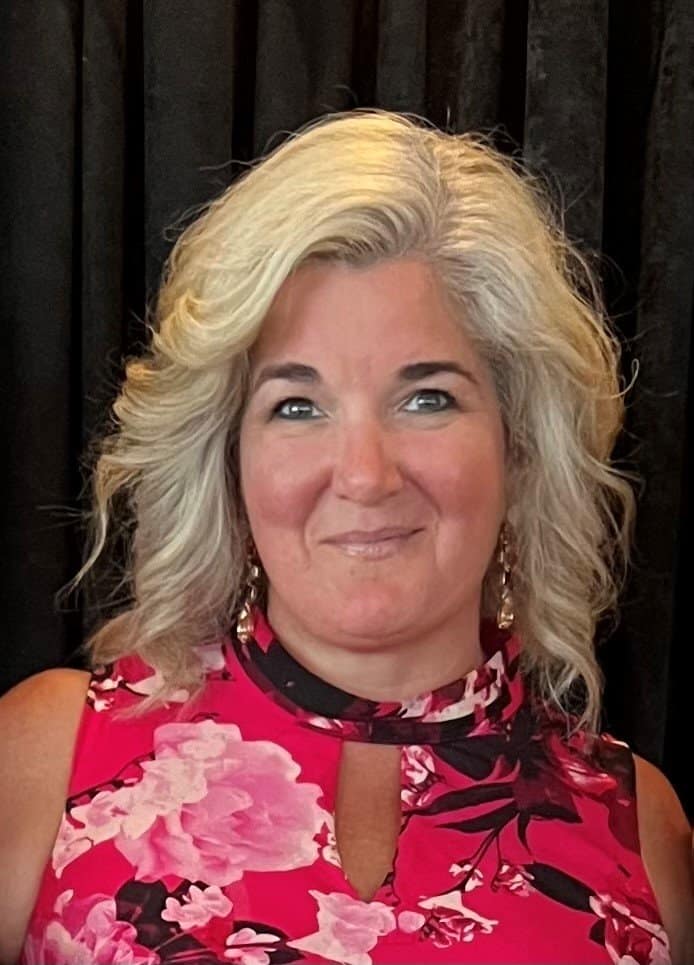 Leanne O'Mara is a second generation restaurant owner for Tim Hortons, one of the most successful brands in Canada, she has a demonstrated history of leadership. As an employer, Leanne is passionate about inclusion and diversity in the workplace.

Leanne is a true believer in the power of giving back to the community.  She is a past chair of the United Way Board of Directors and continues to Co-Chair the United Way's Equity Diversity, Inclusion and Indigenization Round Table.   She has been an active volunteer in many other organizations in our community for over 20 years.  Leanne completed her Bachelor of Environmental Studies in Urban & Regional Planning at the University of Waterloo. 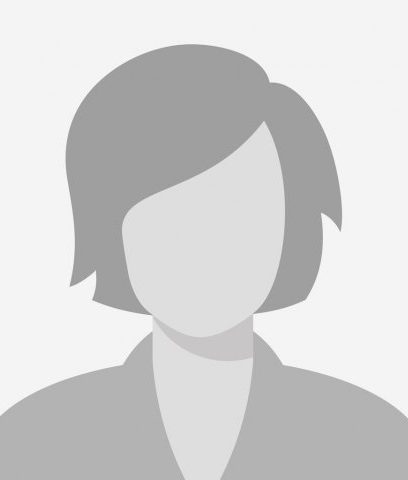 Shikha has over 16 years of experience in distribution and strategy roles across Retail Banking, Small Business Banking and as a strategy consultant. Before rejoining TD, she was a seasoned Regional Vice President at Bank of Montreal. Shikhas led a geographically diverse district with both rural and urban footprints across Calgary & Saskatchewan and has implemented Branch Banking and Small Business strategies focused on the customer experience to drive sales results and increase productivity. As Regional Vice President for the past 5 years with BMO and now currently DVP with TD, Shikha has built a reputation as a strong coach and talent developer.

Shikha holds an Executive MBA with Athabasca University and an Honours Degree in Media Studies and Journalism with the University of Guelph-Humber.

Thank you to our lead sponsor TD Bank