211 launched in Kingston and the surrounding area in 2010. Funded in part by the United Way of KFL&A and the City of Kingston, 211 helps residents connect with the right services at the right time, providing an important gateway to community, social, non-clinical health, and related government services.

In October 2020, United Way Centraide Canada announced the expansion of 211 across the country through an investment from the Emergency Community Support Fund by the Government of Canada. The investment has enabled United Way Canada, through its network of partners, to increase the capacity of existing 211 services and make it fully available nationwide.

“The 211 service helps people in need learn about and access our community social service network, including all the programs supported by United Way,” said Bhavana Varma, President and CEO of United Way KFL&A. “211 is a lifeline for those difficult life changes anyone might encounter. And during the COVID-19 pandemic, 211 has become even more important."

The COVID-19 pandemic has highlighted the value of 211. With government programs changing regularly, and community-based programs and services having to adjust how they serve clients under always evolving public health guidelines, 211 helps people navigate the complex network of support.

2001 – In response to the application submitted by United Way Centraide Canada and its partners, the Canadian Radio-television and Telecommunications Commission (CRTC) assigned 2-1-1 as the toll-free helpline for information about community, social, health and government services.

2005 – 211 launched in Calgary by United Way of Calgary and the Distress Centre.

By summer 2020, 211 is available in British Columbia, Alberta, Saskatchewan, Ontario, Nova Scotia, Prince Edward Island, and most of Quebec.

211 is Canada’s primary source of information for government and community-based health and social services. The free and confidential service can be accessed 24 hours a day, in more than 150 languages, by phone, chat, text, and web. 211 helps connect people to the right information and services, making their pathway to care and resources a guided and trusted one. Visit 211.ca for more information.

Canadians should always call 9-1-1 for a life-threatening emergency, when a property is in danger or a crime is in progress that requires the police, fire or paramedics 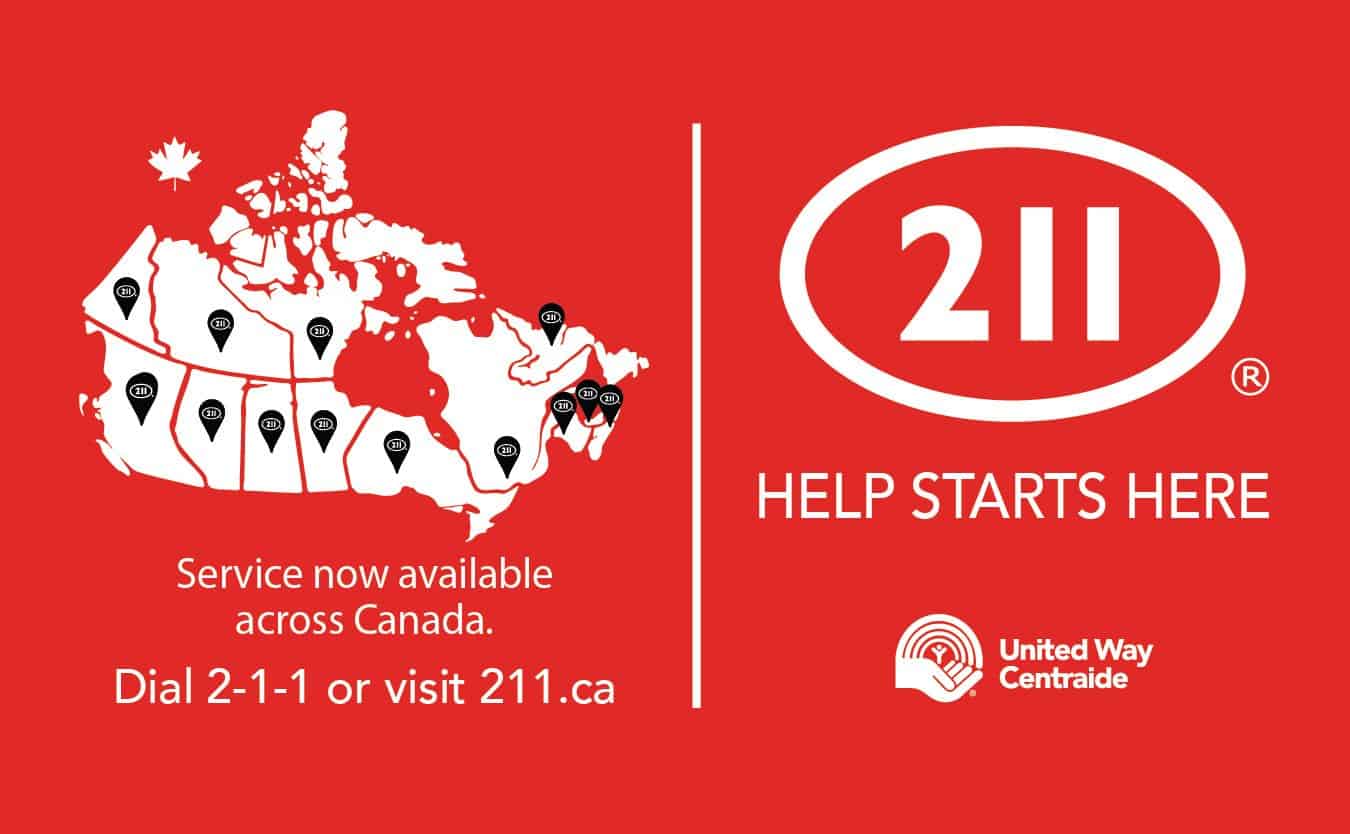 211 service goes nationwide with funding from the Government of Canada 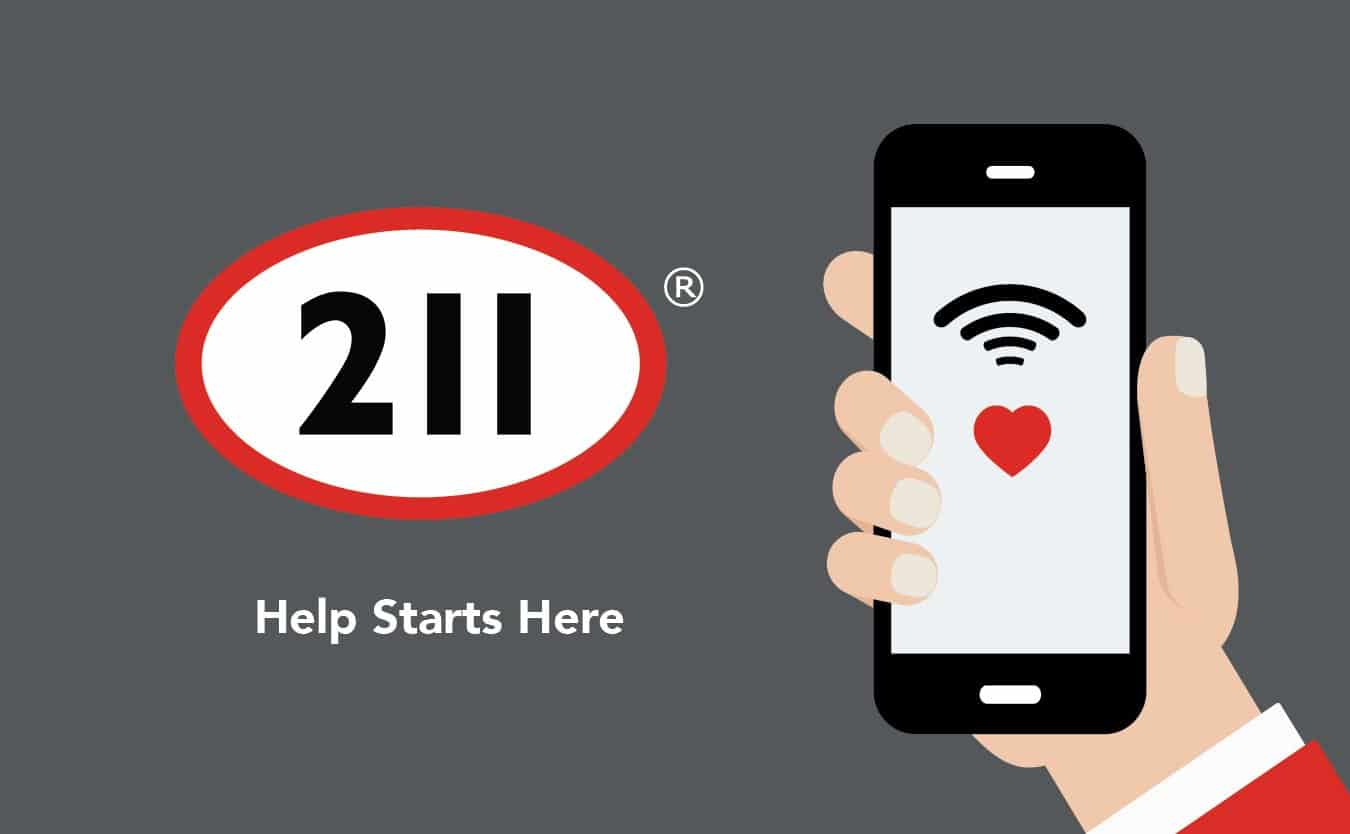 Service helps individuals navigate the complex network of human services quickly and easily, 24 hours a day, 7 days a week, in over 150 languages by simply dialing 2-1-1. 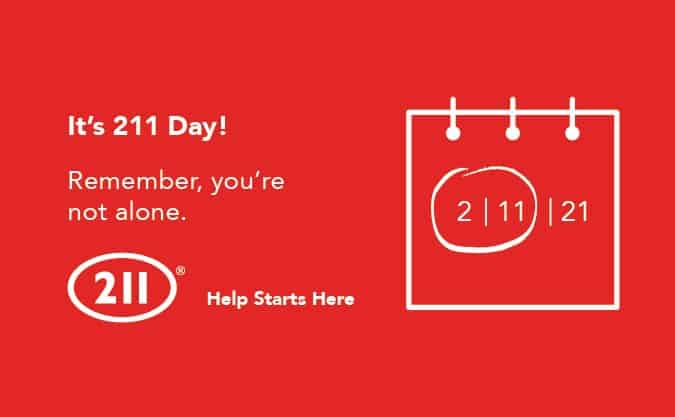 February 11 is 211 Day across North America and this year, the service is marking its first year being available nationwide across Canada.

"My wife and I have always donated to the United Way KFL&A because we know the donated funds are used in our community. In my retirement, I have become more aware of the people in need in our community. I encourage you to support these vital programs by volunteering and by making a donation. Through the United Way you make a difference in the lives of so many."
Jim Parker
"With our United Way funding, we go right to the grocery store or a local supplier and purchase the food that helps a student take advantage of everything school has to offer. You can be confident that your donation to the United Way stays here, in KFL&A and supports students in our community"
Brenda MooreFood Sharing Project
“United Way came in and adopted us and things changed dramatically, we didn’t have people waiting on the step for a bed in the winter. They stay as long as they need to and we help them get into transitional housing. We provide them with structure and help them. Because of United Way we get to help raise these children and I feel honoured and so proud to know them.”
Denise LambKingston Youth Shelter
Previous
Next
Donate